If you are like me, you have your web browser homepage set at the Google homepage and 8 times out of 10, when you do a Google search for something, a Wikipedia article is one of the top hits in the ... Read full review

I rather enjoyed this story of the development of Wikipedia. In some areas, such as entertainment, is the best and easiest resource to use for up-to-date information. As a collaborative effort, the ... Read full review

9 other sections not shown

Andrew Lih was an academic for ten years at Columbia University and Hong Kong University in new media and journalism. He has also worked as a software engineer, entrepreneur, new media researcher, and writer. Lih has been involved with Wikipedia since 2003, helps plan the annual Wikimania conference, and frequently acts as a spokesman for Wikipedia in Asia. He has been a commentator on new media, technology and journalism issues on CNN, BBC radio, MSNBC and NPR. 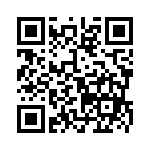