Hande Çayır is an Assistant Professor and Head of Graphic Design Department at İstanbul Yeni Yüzyıl University. She has a B.A. in Visual Arts and Visual Communication Design from Sabancı University, an M.A. in Film and Television, and a Ph.D. in Communications from İstanbul Bilgi University. She has recently completed her second M.A. in Journalism and Documentary Practice at the University of Sussex. Her documentary Yok Anasının Soyadı (Mrs. His Name, 2012), which was shown internationally at film festivals and academic conferences, focuses on women’s surname changes after marriage and divorce. She has published several scholarly articles and autoethnographic books. Her work on human rights, gender issues, and as a contemporary art columnist at T24 has established her in the journalism community. 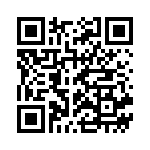