At present, Dr. Oliver Bock is a post-doc researcher in the Department of English and American Studies at the Friedrich-Schiller-Universitðt Jena (Germany). He received his PhD in 2013 upon completion of a thesis examining representations of violence in Anthony Trollope's novels. Since then he has been engaged in a research project concerning flãnerie in American literature of the nineteenth and early- to mid-twentieth centuries. In 2016 he held a post-doc research scholarship from the German Historical Institute London. Other research interests include the manuscript heritage of the British Middle Ages, the history of English philology in Britain and Germany, cultural contacts between British and German literature during the nineteenth century, and British literature of the post-WWII period.

Isabel Vila-Cabanes studied English Philology at the Universities of Valencia (Spain) and Ghent (Belgium). She completed her PhD with summa cum laude at the Friedrich Schiller University Jena (Germany), where she has been a faculty member since 2009 working as a research fellow and as an associate lecturer. She is the author of The Flaneur in Nineteenth-Century British Literary Culture: The Worlds of London Unknown (2018), Re-Imagining the Streets of Paris: The French Flaneur in Nineteenth-Century Literature (2016) and she has published extensively on the topic of flãnerie. She has written articles on Dickens, the grotesque, and iconicity, including Dickens in Popular Culture: Reception and Adaptations of his Works in Contemporary American Adult TV Series (2014), Reading the Grotesque in the Works of Charles Dickens and Jonathan Swift (2014), Iconicity, 'Intersemiotic Translation' and the Sonnet in the Visual Poetry of Avelino de Araºjo (2017). 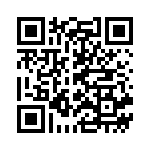