Giovanni Innella, PhD, studied Industrial Design at the Politecnico of Torino, Conceptual Design at the Design Academy Eindhoven, and obtained a PhD in Design Critique from Northumbria University. During his career, Giovanni has exhibited at the International Design Biennale of Saint-Etienne, the Fuorisalone, Milan, and the National Museum of the XXI Century Arts, Rome, among other venues. Notably, his work is part of the permanent collection of the Stedelijk Museum of ‘s-Hertogenbosch, the Netherlands, and has been published in international design magazines. Currently, Innella is a practicing designer, an Assistant Professor at the Advanced Institute of Industrial Technology in Tokyo and a Visiting Artist at the School of the Art Institute in Chicago.

Marco Petroni is a design theorist and critic. He works as Adjunct Professor at Politecnico, Milan, and at the Universitŕ della Campania, Naples. Besides collaborating with several art, architecture and design magazines such as Domus web, FlashArt and Artribune, he is also a curator at the Plart Foundation, Naples. Having studied contemporary art and architecture, Petroni develops innovative curatorial projects and events related to design with a transdisciplinary approach.

Angela Rui is an Italian curator and researcher based between Milan and Rotterdam. She recently co-curated I See That I See What You Don't See - the Dutch Pavilion at the XXII Triennale di Milano (2019), as well as the 25th Design Biennial of Ljubljana (2017) and the accompanying book, both titled Faraway, So Close. Previously, she curated the 2015 edition of Operae, the independent design festival based in Turin (Italy), and the exhibition and catalogue Ugo la Pietra. Disequilibrating Design (2014) for the Triennale Design Museum in Milan. She has been design editor for Abitare magazine (2011-2013) and curated the editorial project of Icon Design magazine (2015-2017). Until 2016 she taught at the School of Design of the Politecnico di Milano and at the Master of Interior Design program at the Nuova Accademia di Belle Arti in Milan. She currently teaches at the Social Design Master of the Design Academy Eindhoven. 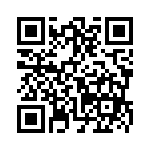