Get Textbooks on Google Play

Rent and save from the world's largest eBookstore. Read, highlight, and take notes, across web, tablet, and phone.

The idea for this book germinated while McKenzie (From Nineveh to New York) was working at Petra in the 1980s, where she saw that stylistic features of Ptolemaic Alexandria (306-30 B.C.E.) appeared in ... Read full review

Judith McKenzie is member of the sub-faculty of archaeology, Oxford University. 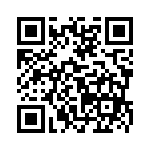