Dr. Ann Galligan holds a master's degree and a doctorate in History of Education with an emphasis on arts and education policy from Columbia University. She has recently retired as Associate Professor in the College of Arts, Media and Design at Northeastern University in Boston, MA. Previously, she has served as Senior Associate Scholar at the Center for Arts and Culture in Washington, D.C. and as head of two arts and cultural policy research centers: CAPRI-The Cultural and Arts Policy Research Institute at Northeastern; and at CCACP- Center for Community Arts, and Cultural Policy at the University Oregon. She also consulted for a number of arts and cultural organizations, including The New York City Ballet, The Metropolitan Museum of Arts, and WNET in NYC. She has conducted funded research for the National Endowment for the Arts, the Pew Charitable Trusts, and the Irvine Foundation. For the past ten years, she has worked on multiple projects in partnership with the Rhode Island State Council on the Arts, the Massachusetts Cultural Council and the New England Foundation for the Arts. She is the author of numerous articles and chapters on these topics; and served Editor-in-Chief of The Journal of Arts Management, Law, and Society and consulting editor for the Creative Industries Journal. Her research interests include cultural policy, arts education, and cultural planning. 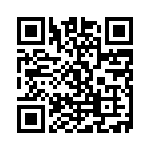