Lover Revealed 3 Stars After reading the first three books in this series, I had decided to give the rest of the books a miss. However, as Lover Revealed fit into 4 different challenges this week, I ... Read full review

I absolutely love the world that J.R. Ward has created with the Black Dagger brotherhood series! Ward takes broken males and females and developes a fabulous love story all while dealing with the ... Read full review

Jessica Rowley Pell Bird Blakemore was born in 1969 in Massachusetts. She attended Smith College where she double majored in history and art history, concentrating on medieval period. She received a law degree from Albany Law School. Before becoming a full-time author, she worked in healthcare in Boston and was the Chief of Staff of an academic medical center. Her first book, Leaping Hearts, was published in 2002. She writes contemporary romance novels under the name Jessica Bird. The Romance Writers of America awarded her the RITA Award for Best Short Contemporary Romance in 2007 for her novel From the First. She writes erotic paranormal romance under the pseudonym of J. R. Ward. Under this name, her books include the Black Dagger Brotherhood series, the Bourbon Kings series, the Fallen Angels series, and the Black Dagger Legacy series. 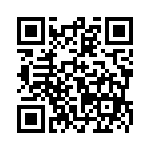