Lubomir Kocka has held the position of Professor of Film and Television at the Savannah College of Art and Design (SCAD) since 2002 and holds a Master of Fine Arts degree in Film and Television from the College of Muse and Dramatic Arts, Bratislava, Czechoslovakia. A native of Slovakia, Kocka is an award-winning director of nine feature films, seven TV series and miniseries, and over a dozen television dramas. His feature films include ‘Fallacies of Our Traditional Morale’ (1989) and ‘Aphrodite’ (1993), and the film ‘The Lunch Box’ he produced was the winner in the Narrative category for the Academy of Motion Picture Arts and Sciences 37th Annual Student Academy Awards in 2010. Kocka has previously published on the subject of film, television and new media directing in his innovative book ‘Directing the Narrative and Shot Design: The Art and Craft of Directing’ (Vernon Press, 2018). 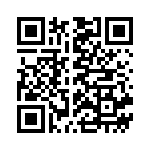