Milyung studied a Bachelor’s degree in Performing Arts and worked as a performer in several musicals and music events in South Korea in her early twenties. In order to study the arts deeply, she decided to study a Master’s in Arts Management in England, developing her knowledge of culture and art. She came to realize that culture and the arts can effectively improve communities and cities. Thus she began research into culture-led urban regeneration strategies, and she pursued this topic at PhD level. She also worked as a planner at a social enterprise which mainly works for deprived communities in Seoul, South Korea. 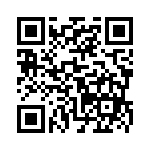