Jeremy Sampson has recently graduated with a doctorate in Hermeneutics and Literary History from the University of Chichester, United Kingdom. He is also a freelance writer who has worked for The Times Higher Education Supplement and Oxford University Press. Amongst his forthcoming publications is Envisioned Lands (2020). Currently he lives and works in Hong Kong. 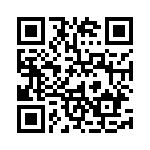