Steven S. Gouveia studies Philosophy of Mind at the University of Minho under the supervision of Professor Manuel Curado and Professor Georg Northoff. He is a researcher at the Mind, Language and Action Group of the Institute of Philosophy of the University of Porto and at the Lisbon Mind & Reasoning Group, IFILNOVA - Nova University of Lisbon. He is a visiting researcher at the Minds, Brain Imaging and Neuroethics at the Royal Institute of Mental Health. He is also the Editor-in-Chief of “Apeiron: Student Journal of Philosophy”. He has published various articles and book chapters on several topics, including Neurophilosophy, Philosophy of Neuroscience, Democracy and Philosophy of Arts. More information can be found at: stevensgouveia.weebly.com.

Manuel Curado is Professor of Philosophy at the University of Minhoand holds several degrees, namely National Defense Auditor (Ministry of Defense, Lisbon) and Senior Management in Public Administration (University of Minho). He is doctor cum laude from the University of Salamanca and previously obtained his master's degree from the New University of Lisbon. He delivered many conferences worldwide, from Moscow, Russia (MGLU and MGIMO), to Brasilia, Brazil (UnB), and was Erasmus Professor in Padova, Italy. He is the author of several books, including the first critical edition of an eighteenth-century manuscript (now at the Thomas Fisher Library of the University of Toronto) written by a fellow of the Royal Society of London, Dr. Isaac S. Samuda, MD. 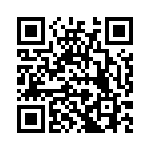